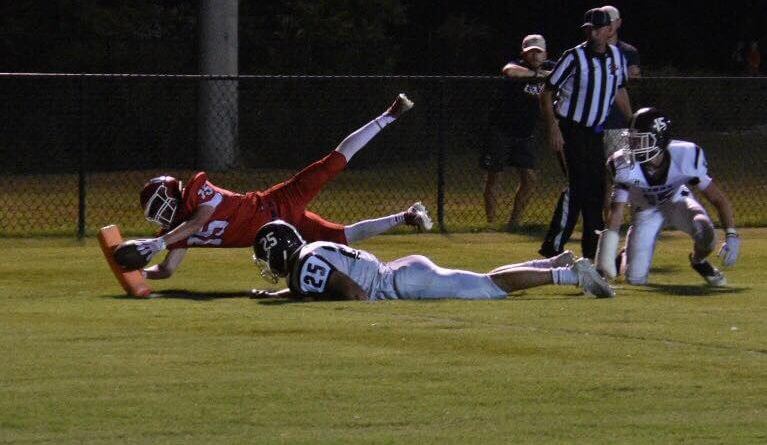 The TCPS Eagles came into Friday’s contest against the Biggersville Lions averaging 49 points per contest.

It was more of the same after a slow start from the host school.

The Eagles fell behind early to the visiting Lions, but the early season offensive output continued as they turned up the heat after the first quarter, cruising to a 41-26 victory.

TCPS found themselves down 12-7 early in the 2nd quarter to a quality opponent but outscored the visitors 34-19 the rest of the way to move to 3-0 on the season.

John Avery Herrod put up 11 catches, 177 yards and 3 TD while Noah Foster, who leads the state in receiving, had 8 catches for 167 yards and a TD.

TCPS jumps right into action this Friday with an away conference game at Nanih Waiya. More pictures on Facebook (Lee County Sports-MS) and Instagram (sportsmississippi)