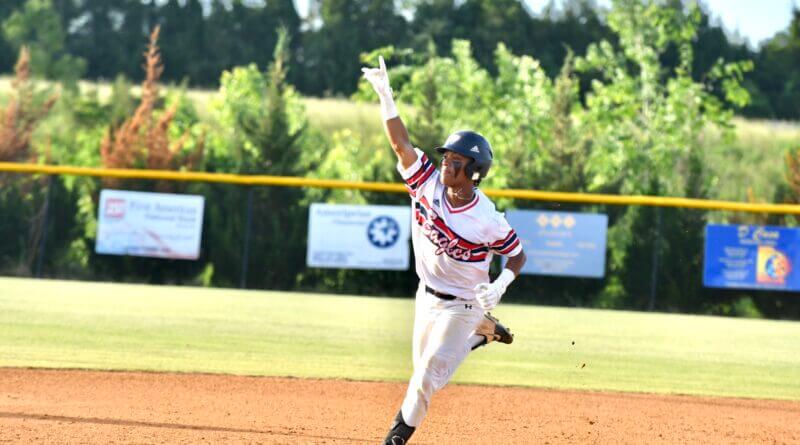 Tupelo Christian needed a spark to ignite their offense after an anemic start to their North Half championship series opening game against Pine Grove.

The senior lead off batter blasted a two-run homer in the 3rd inning to give the Eagles their first runs of the game and Daniel Reddout spun a complete game shutout as TCPS took a 1-0 series lead with an 8-0 showing over the visiting Panthers on Friday.

Reddout kept Pine Grove off balance all game and the Eagle defense made plays behind him, tracking down balls in the outfield and not committing any errors in the field.

“I thought our defense played great, Daniel was locked in and our bats came alive in the middle innings,” TCPS coach Drew Dillard said of his teams dominant game one victory.

The Eagles kept things rolling offensively in the fourth inning, getting the bases loaded before Layth Holiday was hit by a pitch to score a run. His older brother, Khi, then picked up his third and fourth RBI with a single through the infield.

Jon Paul Yates then finished off the scoring in the inning with a three run home run that forced Pine Grove deep into their bullpen.