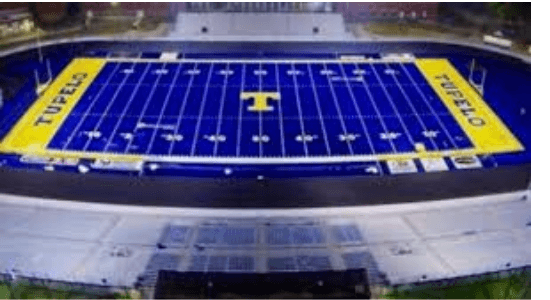 Tupelo will be searching for a new head football coach next season after Trent Hammond resigned Monday night.

Hammond told the team via a video that was posted. He was not able to address the team directly due to the COVID19 outbreak.

He had a 64-24 overall record leading the team and reached the Class 6A playoffs in all seven years he was at the helm.

His Golden Wave played for a state title in 2013.

Hammond had stops at multiple other schools before arriving at Tupelo. He led Amory and Water Valley before coming to Tupelo.

In the video, he said he would be taking a cocahing position in another school district.

Former standout for Tupelo and current Mississippi State player Jett Johnson had this to say via Twitter: